Peatland habitats are home to range of flora and fauna that has adapted to living to in the harsh, nutrient poor conditions. These species are are often so specialised that they are not found in any other habitats. Fringe woodlands that surround many lowland bogs are dominated by birch, willow and alder trees which in turn provide habitat for many insects, birds and mammals. Many butterfly and moth species benefit too from this diversity of habitat including some that have declined substantially elsewhere in central Scotland. Listed below are some of the plants, butterflies and moths that make our peatland sites so special. 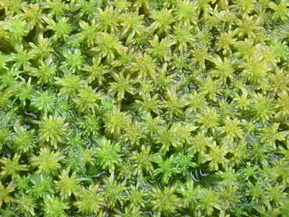 Many of the bogs in S﻿cotland﻿ are referred to locally as 'mosses' reflecting the large amounts of damp moss hat can be found on them. These moss species largely belong to a genus called Sphagnum which forms in oxygen- poor, waterlogged conditions. It is able to absorb large amounts of water just like a sponge which keeps the bog surface wet. Sphagnum also further acidifies the water by taking up the few nutrients that are around helping to create ideal conditions for itself. It is known as the ‘bog builder’ as peat is formed from its acidic remains. 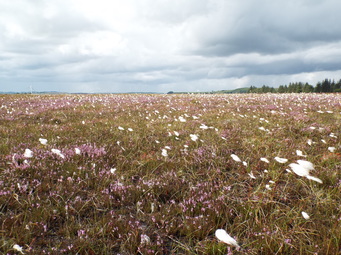 One of the most familiar summer sights on a bog can be a 'sea' of white cottongrass swaying in the breeze. Often known as bog-cotton there are two different species commonly found on our bogs, Common Cotton-grass and Hare's-tail Cotton-grass. The latter is the larval foodplant for the Large Heath butterfly. 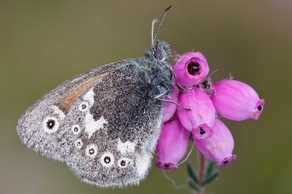 The Large Heath butterfly is the only butterfly in the UK that is a true peatland specialist. The caterpillar of the butterfly will only feed on Hare's-tail Cotton-grass, a plant only found on peatland habitats. Each summer it can be seen fluttering over bogs on warm sunny days. Colonies are only on the wing for a few short weeks each year with the peak period usually being in July. 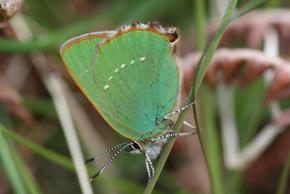 The Green Hairstreak is small butterfly commonly found around peatland sites. In Scotland it uses Blaeberry as its larval foodplant, which is often found growing on the fringes of peatlands. It is widespread across Scotland, but often under-recorded as the small colonies in which it lives can easily go unnoticed. It can be seen on the wing during late spring and early summer.